What is incident response?

Creating an incident response program and team is the core of any strong cybersecurity program. According to one 2020 report, 7 million data records are compromised every day. With a better understanding of incident response, you can mature your security posture to reduce data breach risks

What is incident response (IR)?

At a very high level, incident response is the set of policies, processes, and procedures an organization has in place to detect, investigate, contain, remediate, and recover from a data security incident.

However, while this might be the quick-hit definition, the reality is that IR is a complex, interrelated set of activities. Security analysts need to detect abnormal activity in their environments and then investigate those anomalies to determine whether the activity is really a threat or just another false positive.

The Six Steps of Incident Response

During the preparation stage, you start by determining all your high-risk data, applications, users, devices, networks, and systems. In other words, you want to think like a cybercriminal and look for high-value targets.

This aligns to an old military philosophy from Sun Tzu’s  “The Art of War”, know yourself and know your adversary.

Often, this is the most difficult step. First, you need to make sure that your security team can detect abnormal activity in your environment. For example, to detect a credential theft attack, they need to have alerts indicating failed login attempts within a certain time frame.

This step is difficult because it also includes investigating the alerts. Threat researchers struggle with this for several reasons:

The faster your threat researchers can investigate the security incident, the faster they can contain the threat to reduce the event’s impact.

If the investigation indicates a real threat, then your team needs to limit the impact by containing the threat. In other words, they need to remediate any security vulnerabilities, locate the threat actor, and find a way to prevent additional damage.

Eradication is when the security team removes anything the attacker used to propagate the attack and restores affected systems.

After removing remnants of the attack, the recovery phase tests the impacted systems, monitors for remaining threats, and validates that attackers won’t be able to compromise the system.

After recovering from the incident, your team should be able to provide a report that discusses what worked and what didn’t. They should also be able to provide you with actionable steps for preventing a similar event. This is where the continuous monitoring and improvement concept comes in; learnings should always be incorporated into your security program so that you’re always improving your posture.

Every incident response team struggles with access to data in this decentralized world. The speed at which you can investigate an incident and contain an attack has a significant impact on the amount of damage an incident will have on your organization.

Query.AI provides capabilities to Access Data,  Investigate, and Response from a single unified platform. With Query.AI, your incident response team has real-time access to all the data necessary to investigate, contain, and eradicate an attacker decreasing response times and increasing fidelity of outcomes. 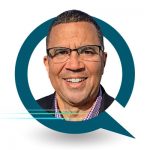